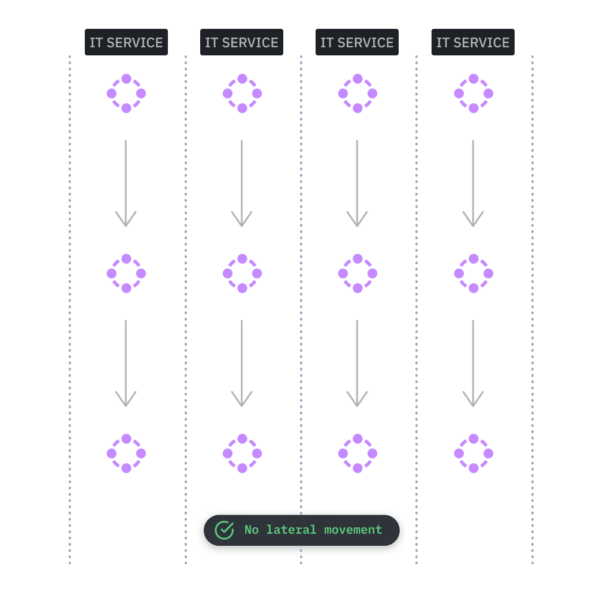 Networks are indispensable for businesses along with applications on those networks. Organisation needs to approach IT security differently. Their current solutions limit innovation, lack flexibility and scalability and do not provide the necessary insights and controls to protect their critical information assets.

More importantly, their strategy demands a compliance and risk-centric approach, allowing them to detect control breakdowns in real-time and having the ability to timely respond to a threat.

Traditional firewalls are designed to inspect and secure traffic coming into an environment – north south direction. Network and Micro-segmentation provide greater control and visibility over the growing amount of east-west traffic across the organisation which bypass the traditional firewalls.

What is Network and Micro-Segmentation?

The aim of network and micro-segmentation is to apply Zero Trust security controls around the individual IT service workloads.

Managing controls at a micro level, prevents unauthorised lateral movements between servers – only explicitly permitted flows are allowed. As a result, if a breach does occur, the initial compromised device has limited access to other devices and is restricted from lateral movement exploration.

Although network and micro segmentation are effective in dissuading threats, they are more efficient when layered with other security measures. Commonly referred to as “Defence in Depth.” 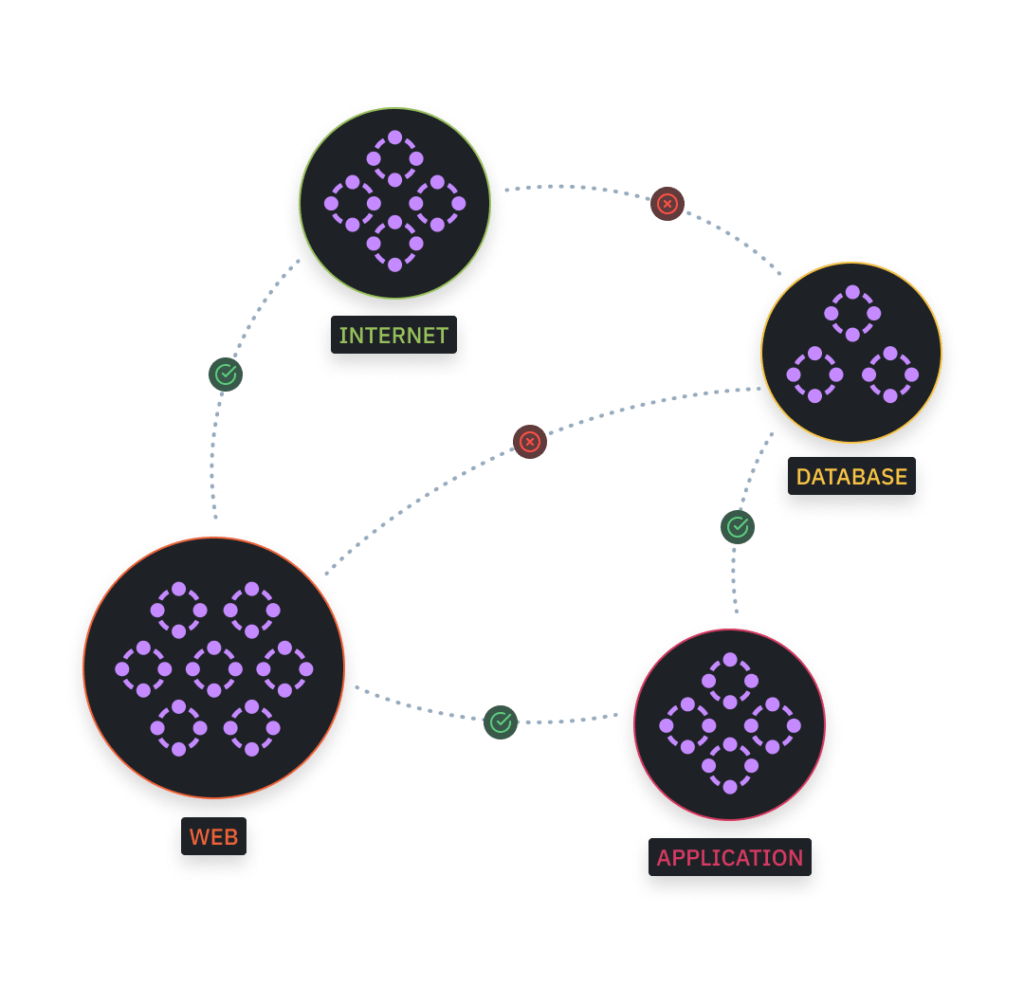 How Does it Work?

To understand how these security techniques work, imagine your network as a large city. Each server or workload is a neighbourhood, and each building being a specific application, with cars and people representing data travelling between these parts.

If your network relies on only a single layer of protection to prevent breaches, your city has just a single wall encircling it (the firewall). Sure, the major entrances are patrolled and monitored, but once an intruder is inside the wall, there’s no way of protecting the neighbourhoods and buildings.

With Network segmentation, each neighbourhood or subnetwork in your city is protected by its own wall, adding another layer of defence. If you detect a threat that has breached the outer wall, you can easily lock down a neighbourhood by stopping data flow, preventing the intruder from doing any damage.

Micro-segmentation takes things one step further. With this technique in place, you can assign security policies to smaller sections of your network, even protect specific tasks and workload. Now, each building in your city has a security system, protecting it ‘round the clock and independent of your outer wall defences.

These security techniques use several methods to enforce their policies. The most efficient way is to monitor and control data traffic throughout a network. By cutting off areas under attack, the scope of the damage is minimised, and it’s easier to negate the threat.

Why Should Your Business Segment Networks?

A single layer of network protection, like a solitary firewall, is easy to manage but presents hackers inside and outside the system a large surface of attack. Often referred to as a flat network.

Micro-segmentation, on the other hand, operates at a smaller level. Each traffic flow in and out is inspected based on a common ruleset. These rulesets are all customisable and re-usable, allowing you to protect all of your environment, even if they cross into other networks or cloud domains. Micro-segmentation is purely a software technique, removing the necessity for expensive hardware installation and similar methods of security. 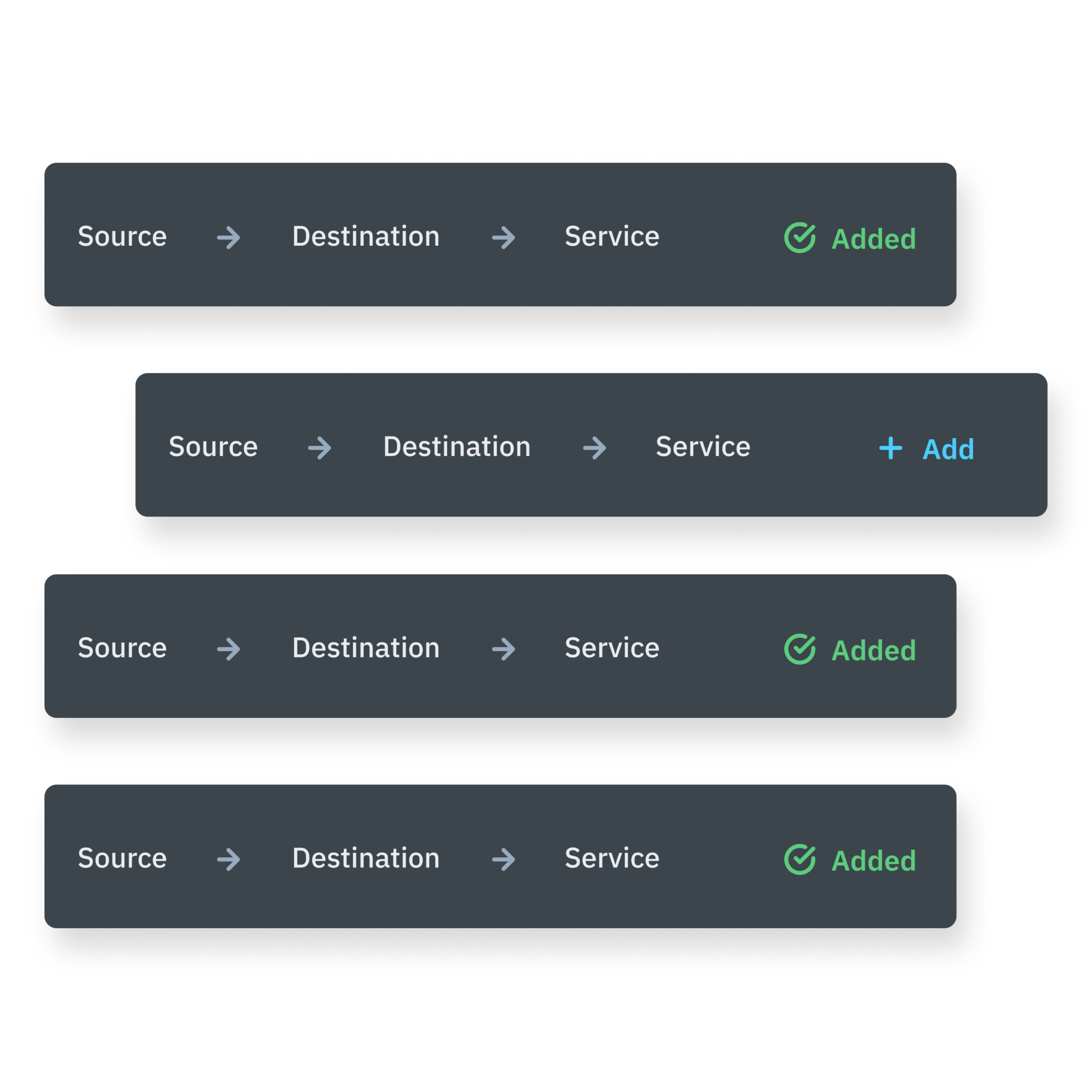 What is PCI DSS Network Segmentation?

Payment Card Industry Data Security Standard (PCI DSS) network segmentation is one method to comply with security protocols trusted by the payment card industry. The core requirement of meeting this security standard is to create and isolate a dedicated subnetwork for credit card data from other computing operations.

PCI DSS network segmentation helps you minimise efforts needed to ensure that your company meets the required standards in protecting cardholder information. The streamlined nature of network segmentation techniques simplifies the process of securing sensitive data and minimising the risk posed by hackers and malware.

Network segmentation and micro-segmentation are both effective security techniques. However, you need to trust the cybersecurity company installing these solutions to ensure they accomplish their purpose. By partnering with the right provider, you will know your company is safe from risks and threats.

Matrium Technologies has provided businesses in Australia, New Zealand and Singapore with cybersecurity solutions and network visibility for almost 30 years. With our services, your company will enjoy the security and efficiency we offer with help from over 17 technology partnerships.

Call us today and protect your network.

Matrium Technologies – Contact us for your Network and Micro-Segmentation Solutions!